“I work better under pressure” is something you might hear some people say when talking about their work lives. Some people thrive in high pressure situations, others crumble. I find myself somewhere in between. I think… Recently I have been in an unusual situation in that I have just moved to a new home in a new city and have some time where nothing is really happening before I go back into studying in about 3 weeks time. Of course I’ve still had gigs, but not quite as many as I have for the past year or so as I’m still establishing myself on a new scene with new people. Before I moved to Leeds I had plenty of regular gigs, lessons and other things to work towards such as recording an album with a band I play with that has been in the works for over a year. We finished recording the album just before I moved and at that point I also finished teaching. So after all the chaos of moving house and settling in I set about getting back into my practice routine but all of a sudden it felt like there was nothing to practice anymore. 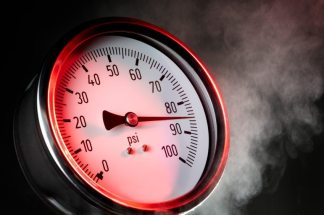 Now of course in reality there are a million and one things I could have worked on. I’m not even remotely close to being at the level I want to be so I could have easily filled the day with things to practice. But there was nothing I had to work on. That’s the point. I’ve had about three months where I could have stayed in bed all day and not touched my instrument at all and it wouldn’t have mattered to anyone. It’s made me realise that I’m much more productive when there’s things I need to do. I manage my time better and also make time for the things that aren’t 100% necessary.

So this got me thinking… could I (and more importantly should I) somehow emulate the pressure I experience when I have a list of things that need to be done in order to make my time more productive? As I said earlier some people thrive under pressure and some don’t. So I’m sure this won’t be making any sense to some of you. But for those of you like me who seem to be more productive when under pressure it might be worth trying to find a way to create some pressure for ourselves. Of course too much pressure is not healthy and will cause all sorts of problems, even for those of us who work better under pressure there is a point at which it becomes counter-productive and I imagine this point will be slightly different for everyone. I’m not yet sure of the best way to create this sort of working environment but it’s something I’m going to experiment with over the coming weeks. If I can get it right I might be on my way to an even more productive daily routine.

Time for a nap I reckon!

View all posts by Marcus Cain